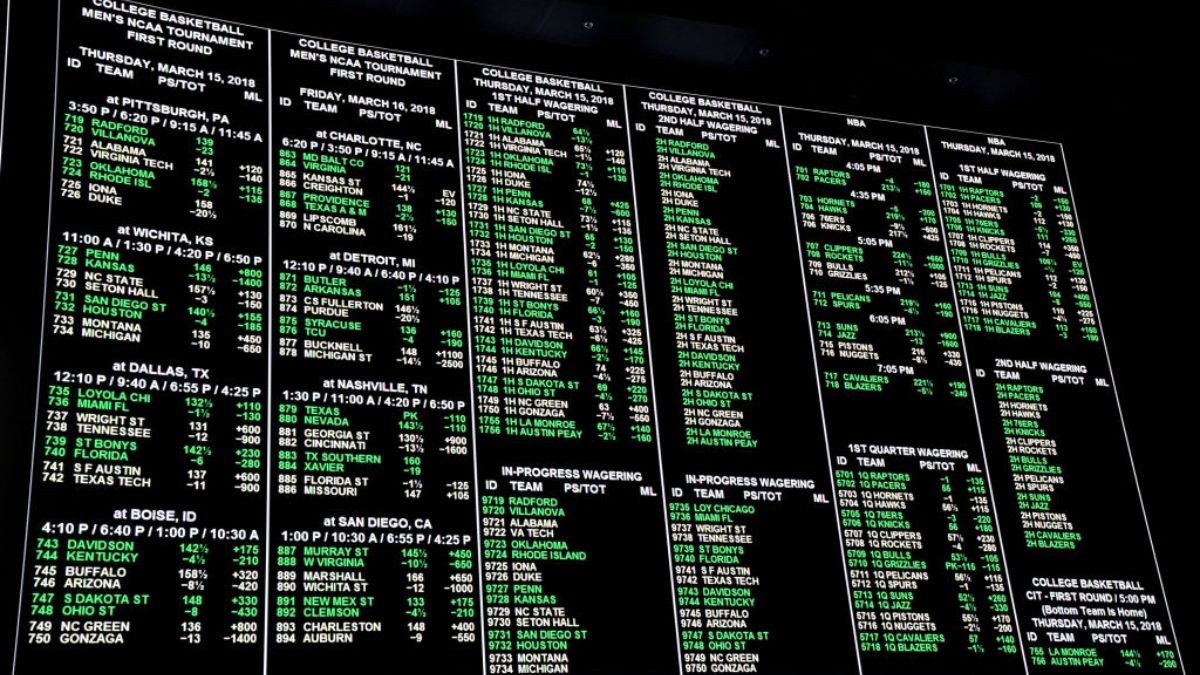 Many states rushed to launch sports betting in September because of the beginning of football season. Football is the most wagered sport in the United States, so it produces large betting handles.

New Jersey and Nevada headlined the national sports betting industry in September with massive handles. However, these two states were not the only markets making noise during the month. South Dakota posted its first handle, and the state had a strong start to its sports betting history.

Sports betting in South Dakota is only available at four casinos in Deadwood. Deadwood is located in the western portion of the state, so the market is not easily accessible to all bettors. The four casinos combined for a handle of $443,365, according to the South Dakota Commission on Gaming.

South Dakota may be new to betting, but it followed the same trajectory of established sports wagering in other legal jurisdictions. Football was superior to any other sports throughout the month.

The NFL accounted for $277,015, which was significantly more than college football, totaling $131,349. The remainder of the top five included MLB, MMA, and the NHL. Even though sports betting is off to a strong start, more work and marketing still needs to occur from the Deadwood casinos.

People are favoring sots in the state, and this will not change. However, if the casinos can successfully promote sports wagering, it will give them more revenue. The total slot revenue for the month was $147,685,505.

South Dakota was not the only state in the western portion of the United States to launch. Although, it was the smallest to make its sports betting debut during the month. Arizona sports betting went live, and Wyoming also launched its mobile-only market. Out of the three states, Arizona will reign supreme.

Sports betting is beginning to sweep the nation, and many more states are scheduled for fall launches. The history of South Dakota sports betting dates back to November 2020, when voters chose to legalize the industry through a referendum vote.

This gave the four casinos the ability to offer sports betting in the state through a retail format. The official launch began on September 9 when the 2021 NFL season kicked off between the Buccaneers and Cowboys.

Governor Kristi Noem, a sports betting proponent, signed the bill into law in March of 2021. However, leading up to her signing, there was some controversy surrounding the future South Dakota sports wagering industry.

There were legislators who wanted mobile sports betting throughout South Dakota. They believed if the servers were located in Deadwood, mobile betting could be widespread. This belief was quickly shut down.

Mobile sports betting does not look positive in the future because it would require a state constitutional change. In July of 2021, Deadwood Gaming Commission Executive Director Mike Rodman spoke about the framework of the state’s sports betting industry. He said;

“The rules allow for on-premise mobile. I’ll be curious if any jump onto that. South Dakota is a pretty conservative state, so we have a go slow approach. Maybe sometime in the future we’ll see statewide mobile. We have to prove ourselves in Deadwood and do a good job.”

The South Dakota Commission on Gaming approved the regulations on July 14, and a legislative committee finalized the deal on August 2. Not offering mobile betting puts South Dakota at a major disadvantage.

Border states like Iowa, Montana, and Wyoming all offer mobile sports betting. Since Deadwood is isolated in the western portion of the state, residents may choose to go elsewhere to place mobile wagers.