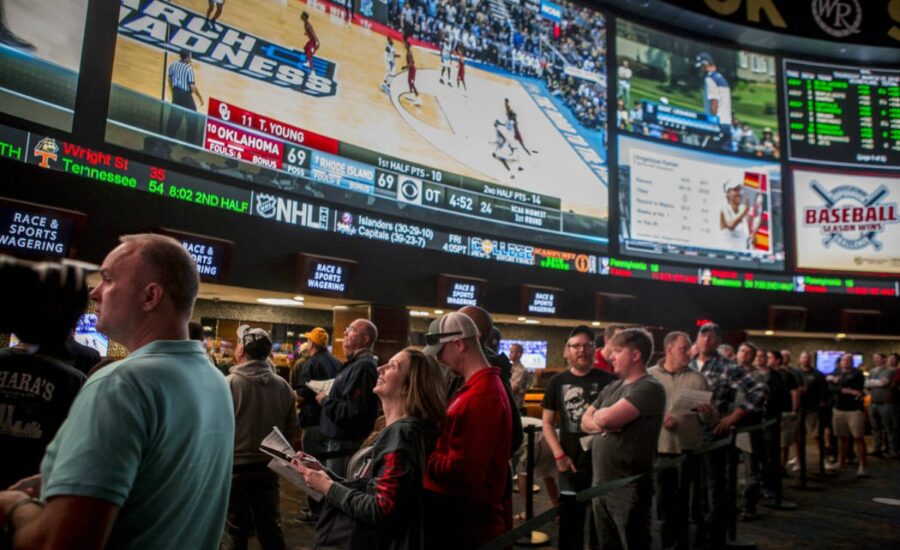 Legal sports betting in the state of Iowa officially launched all the way back in August 2019, and the market has seen plenty of growth since that time. Both in-person and retail betting are available in Iowa, but most of the bets are placed at the online sites.

The October sports betting numbers for the state of Iowa should be out soon, and it’s likely going to be a big month for the state. After a rough few months throughout the summer, the total sports betting handle in September was up over $200 million.

Iowa has emerged as an attractive market for online sportsbook operators, even if other markets in the U.S. are much larger. There are some favorable rules and regulations in the state, but not all sportsbooks have found success.

Last month it was announced that Fubo Sportsbook was shutting down operations, and that removed one of the options from the state. Iowa sports bettors are going to see even more movement in November and the rest of 2022.

Right at the beginning of November, sportsbook number 19 officially launched in the state of Iowa. It’s hard for new sports betting operators to find a place in this crowded market, but the most recent operator should be able to carve out a path.

SuperBook Sports is officially up and running in the state, and this is a major name on the sports betting market. SuperBook has been a major player in Nevada since it went live, and it is known for running huge football contests and promotions.

This is now the sixth state in which the SuperBook is available, and it will continue to look for more chances to expand moving forward.

ClutchCash will allow bettors to create head-to-head player parlays for NFL and NBA markets, and it should bring some additional business to ClutchBet, as it doesn’t always receive a ton of action.

BlueBet is the parent company of ClutchBet, and it’s a company that is founded in Australia. PointsBet is another Australian-based company that is live in the state of Iowa, and it also has some very interesting betting options for customers.

ClutchBet is never going to be one of the biggest sportsbooks in the state, but it should start to attract more betting when it comes to those two sports.

This decision comes as the operator just hasn’t been able to make enough money to make it possible to stay in the state under the current conditions. Harrah’s Council Bluffs is the retail partner of Unibet Sportsbook, and that is a big blow to the finances of that company as well.