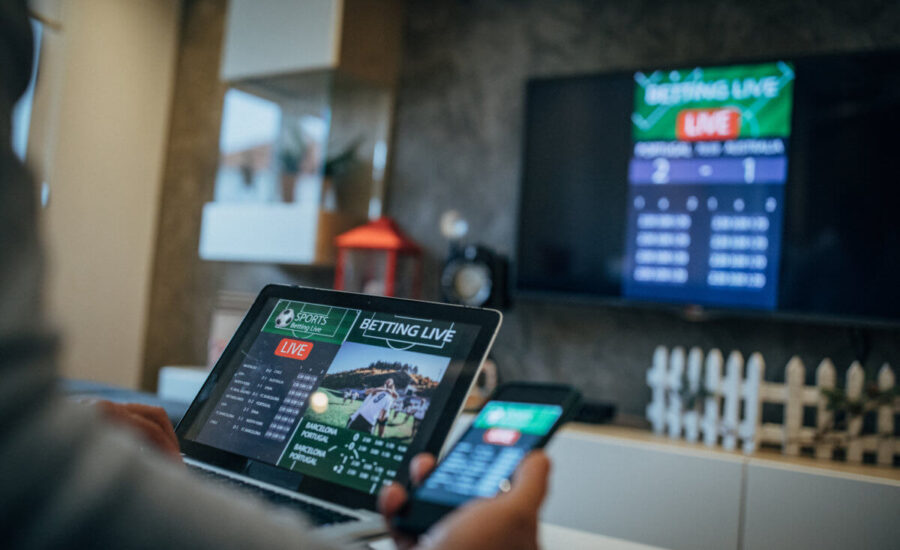 What was once a growing and thriving sports betting market in Pennsylvania, the state saw some pretty slow months in the industry during the summer. The return of NFL football in September brought a resurgence of action to the states, and sportsbooks posted some terrific numbers overall.

The total sports betting handle for the month of September was $645.2 million, which was an increase of nearly $250 million from the August total. This number also represented a 12% increase over the 2021 September handle total, and that’s a sign that the market and industry is still growing.

The huge jump in sports betting handle also led to a significant jump in the total revenue for the month. Sportsbooks in Pennsylvania brought in over $75 million in total revenue last month, which was the same total as what was reported combined in July and August.

Football continues to be king when it comes to sports betting in the United States, and the state of Pennsylvania has two NFL teams in the Pittsburgh Steelers and Philadelphia Eagles. During the two home openers for the Pennsylvania-based teams, there were over 4.1 geolocation check-ins at online sportsbooks in the state.

Another benefit that Pennsylvania sportsbooks had with the return of football is that it is legal to wager on college sporting events. The Penn State Nittany Lions are the biggest draw when it comes to that sport, but there are others as well.

FanDuel, DraftKings in a Battle

The battle for the top online sportsbook in Pennsylvania continues to heat up, and the race was extremely tight for the month of September. FanDuel was once again on top, but it got a strong challenge from DraftKings Sportsbook.

FanDuel Sportsbook posted a total sports betting handle of $212.9 million for the month, which was slightly ahead of the $207.5 million for DraftKings. The biggest difference between the two operators came in terms of revenue, though, as FanDuel nearly doubled the total of DraftKings.

BetMGM came in third place for the month in terms of handle, but the total was just at $51.5 million.

Falling Behind Other States

At one point in time, it seemed as if Pennsylvania was looking to make a charge and catch New Jersey as the largest sports betting market in the United States. Both states have since taken a step back, and Pennsylvania is in danger of falling out of the top five.

Through August 2022, Pennsylvania had the fifth-highest handle total out of all of the states with legalized sports betting. The state was fourth in revenue, though, but that is in large part due to the fact that sports betting is taxed at a rate of 36%.

New York continues to be in the top spot each month, and it is now Illinois that has moved into second place.

All eyes will be on the October sports betting report from the state of Pennsylvania as it will likely set a new monthly record. The great start by the Philadelphia Eagles will help the numbers, of course, but the biggest boost will come from the Philadelphia Phillies.

After sneaking into the postseason, the Phillies advanced all the way through the National League to reach the World Series. Baseball betting isn’t nearly as popular as football or basketball, but that all changes when the local team is making a stunning run to the World Series.