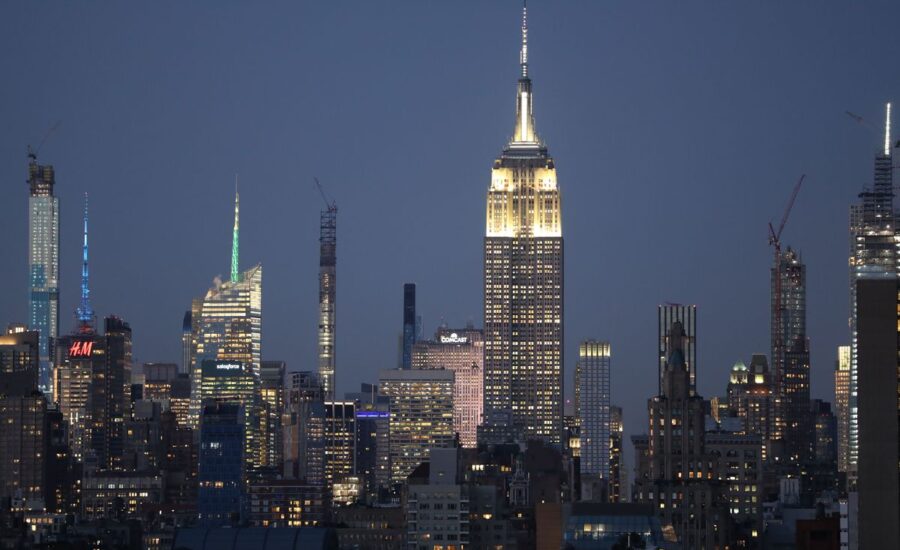 When lawmakers in the state of New York were trying to gain support to legalize sports betting, there were some lofty projections being thrown around. Some studies suggested that New York could bring in over $500 million in tax revenue at some point, but that was viewed as impossible by others.

With how large this sports betting market has become, it would now be a massive surprise if New York was not able to fly past the $500 million mark in the first fiscal year. New York is closing in on over $10 billion wagered since online sports betting launched in January.

This state is now the clear sports betting capital of the United States, and these sportsbooks are about to get their first real taste of football action. New York put up historic numbers in January when sports betting launched, even with limited NFL action taking place.

Governor Andrew Cuomo initially held up the sports betting push in New York, but things got done in a hurry after he put his support behind the industry. Cuomo and his office suggested a $500 million tax revenue by 2026 was possible, but he failed to grasp just how massive this market was going to be.

All nine of the online sportsbook operators in the state of New York are now available, but that is where the industry is capped. While a majority of the operators have all put up big numbers, every sportsbook continues to chase FanDuel.

FanDuel Sportsbook accounted for a 43% market share of online wagering in July, and other months have been even bigger than that. The majority of sportsbooks in New York now offer single-game wagering, and that should help the state post even more impressive numbers.

If the hold rate in New York is at eight percent or higher than the gross gaming revenue on NFL action could approach $180 million. Online sportsbooks in New York have backed off of promotions in recent months, but those could return just in time for NFL action.

The sheer volume of betting action is only one reason that the state of New York continues to put up historic numbers in terms of tax revenue. The New York sports betting law also calls for a 51% on all revenue, and that is the highest tax rate in the United States.

Lawmakers in New York have discussed this issue many times over the past few years, but they are unwilling to lower the current rate. Some lawmakers have suggested lowering the tax rate only if new operators were allowed to enter New York.

One concern with key leaders in the sports betting industry is that other states will seek to increase their own tax rates on revenue, leading sportsbooks to lose out on money. The high tax rate has impacted the betting odds and lines set by these sportsbooks, but it hasn’t kept bettors from wagering at the sites.

Nearly every state with legal sports betting has announced sports betting totals for the month of July, and that includes New York. The numbers continued a trend of a downward slide since March, but New York sportsbooks were still able to set a record.

Total sports betting handle in July was $800.8 million, which allowed New York to become the first state to report that amount during that month. The handle numbers should be back over $1 billion in August and will likely increase throughout the remainder of the year.