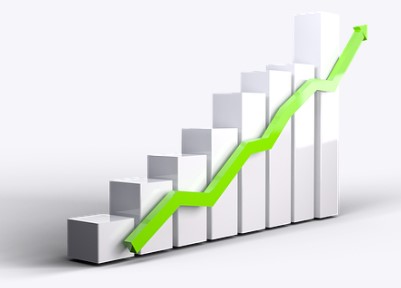 Online sports betting was first launched in New York State on January 8, 2022. Since then, several operators have entered the market, with players having access to online and retail sports betting services. Such providers as DraftKings, FanDuel, Caesars, BetMGM, and WynnBET can be found in the state. The New York State Gaming Commission recently released the revenue reports for sports betting operators in the Empire State, showing that over $6.2 billion in sports bets have been placed online.

The considerable total shows just how crucial online access is. Officials in the state fought the online option for quite some time until it eventually came to pass. The state continues to see a solid return from operations thanks to the online market.

Within the past four months of operations in NY, over $1 billion in total online wagers have been placed each month. This is impressive for only the short amount of time players have had access to iGaming services.

However, the month ended on a sour note as only $295 million in bets were placed during the last week of April, ending on May 1. This is the lowest week the state has experienced since launching online. Compared to the week prior, the difference is $39 million.

Gross gaming revenues for the week showed FanDuel on top with $9.4m and DraftKings with $1.4m. Caesars was close behind with $1.3m and BetRivers in a distant fourth with $384,558.

Now, let’s take a look at the year-to-date totals. These amounts stem from the online sports betting launch on January 8. FanDuel had the most with $2.3bn and is the only operator to have surpassed the $2 billion mark thus far.

DraftKings has seen over $1.5bn in wagers, followed by Caesars with a close $1.4bn. BetMGM has just over $556 million, followed by PointsBet with $185 million. BetRivers is not far behind at $151 million, but the totals drop even further from there.

WynnBET has seen $24.5 million in wagers thus far, with Resorts World bringing in just over $10.9 million. As far as revenues are concerned, the operators have generated over $425 million in just under a four-month time frame. Over $216 million in taxes have already gone to the state.

Let’s look at overall revenues now, thus far this year. Of course, FanDuel is winning with $174.4 million in earnings. Caesars moves up to the number two spot, bringing in just over $111.9 million. DraftKings is close behind at $101.2 million. BetMGM is a distant fourth with $17.2 million.

BetRivers has generated just over $6.6 million thus far, followed by WynnBET with $2.5 million. Resorts World is last with $868,502 in earnings. Bally Bet is licensed to offer services in New York State but has yet to get started. They could launch before the month is over, adding even more to the state’s betting handle and revenue total.

Now that the Super Bowl and March Madness events are over, we shall see how New York fares without major events to wager on. The MLB season is on offer, plus the NBA and NHL playoffs. We shall see in the coming months how the industry fares and if the $1 billion handle trend continues in the future.