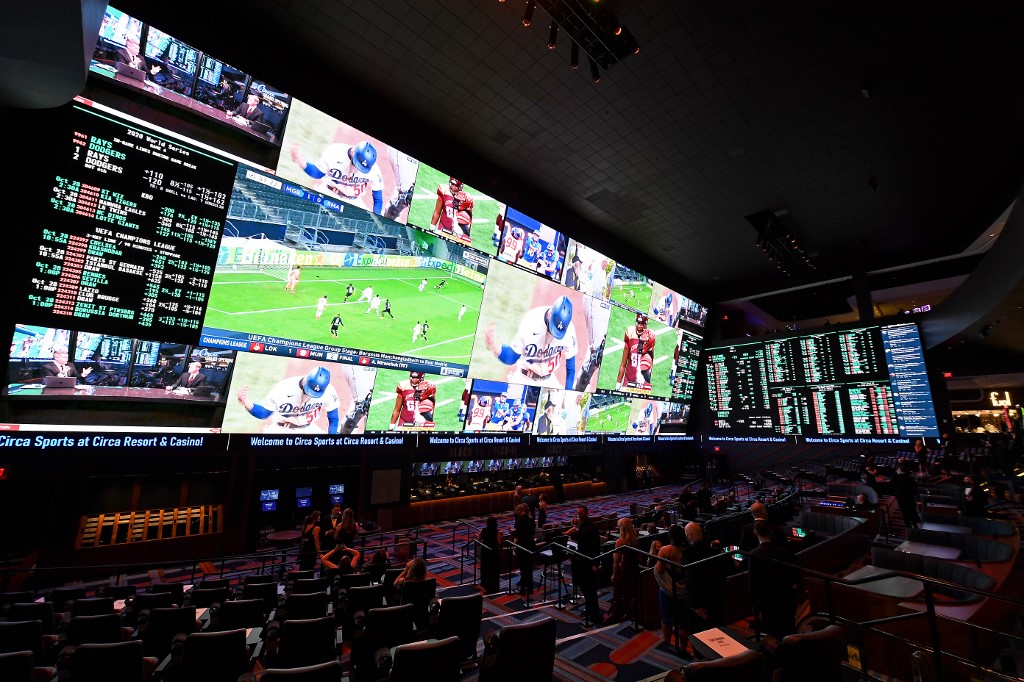 The state of Nevada has joined an exclusive club as it relates to sports betting. With a massive amount of betting in October, the total sports betting handle in Nevada went over $1 billion for the first time in history.

New Jersey had been the only state to see over $1 billion in wagers, and that state has actually done it two months in a row. The Garden State still has a sizable lead over Nevada as New Jersey saw a total sports betting handle of more than $1.3 billion for October.

Total sports betting handle in Nevada went over $1.1 billion in October, shattering the previous record and showing growth of nearly 40% from September. Nevada also saw year-over-year growth of more than 66.8% from the total that was reported in October 2020.

Nevada doesn’t have as high of a percentage of mobile bets as other states, but the online handle was also a record. The total mobile sports betting handle for October was $704.8 million, shattering the record of $495.3 million that was set in September.

Mobile betting made up nearly 64 percent of the total handle, and other states sometimes see close to 99% of bets made online. Despite a new record in handle, the total revenue actually declined by 10.9% from September.

Once again, it was the National Football League that led the way when it came to wagering on sports betting in the state of Nevada. NFL football brought in $729.3 million worth of wager in October, and that was up from just $477.7 million in September.

Baseball was also a popular sport to wager on in Nevada in October as it accounted for $121.7 million of the total handle. Parlay cards are typically popular in other parts of the world but brought in just $11.4 million in handle in October.

October is always a big month for professional sports as both the NBA and NHL kick off their regular seasons during that month. Both of these sports were attractive options at the sportsbook and helped push the total handle to a record.

Basketball brought in the third most handle for the month as the total was $111 million. Hockey had a much smaller percentage of the total, but the National Hockey League still brought in $42.9 million in wagers.

Other states throughout the country have seen similar numbers, and the National Football League is always on top. Nevada has a home team in the Las Vegas Raiders, which is another reason that so much attention is paid to the sport.

October saw the beginning of the NBA and NHL seasons, and that definitely helped the sports betting numbers out. Even though football is clearly the most popular sport, bettors in Nevada target many different sports.

November saw the start of the 2021-22 college basketball season, and this is always a popular sport to wager on. There are also a number of college basketball events that take place in Las Vegas, which helps bring in plenty of action.

March is typically reserved for betting on college basketball, but don’t be surprised to see another record fall when the November numbers are out. Industry experts will also be keeping a close eye to see if Nevada can close the gap on New Jersey yet again. Only time will tell.