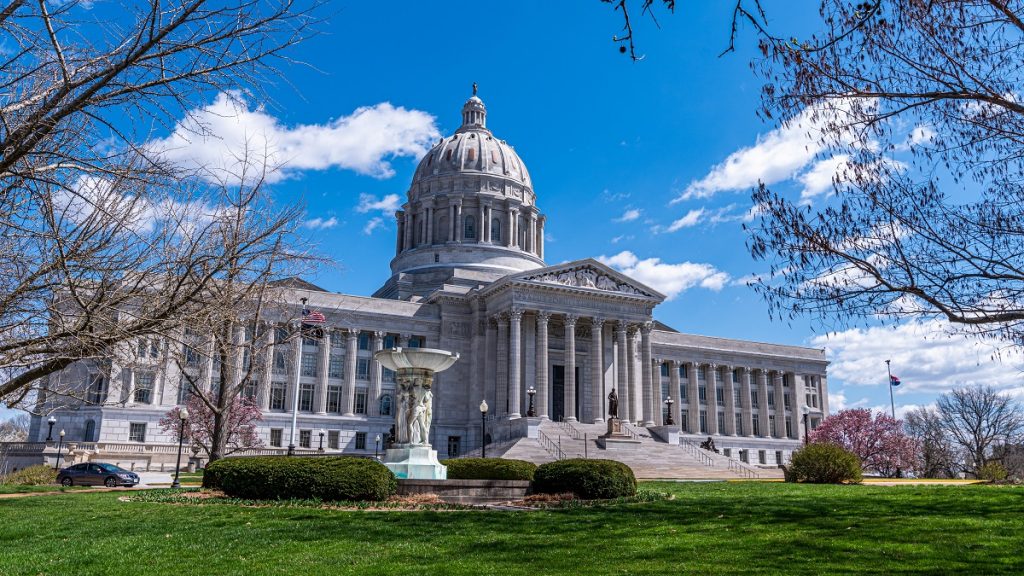 Sports betting is starting to become a way of life in America. On Saturday, the state of New York launched sports betting ahead of the NFL playoffs. This was a massive deal for the state and industry as a whole.

This news has overshadowed many other significant developments in the national sports betting industry. Legislative sessions are starting to resume following the New Year. This means that new states are going to begin legalizing sports wagering.

Missouri is one state where sports betting is now being discussed in the legislature. There is a high likelihood sports betting makes its way into the state this year based on based discussions between lawmakers.

Senate Bill 764 was introduced by Tony Luetkemeyer, Senator our of Parkville. This is one of three sports betting bills being discussed in the legislature. Three bills show there is a significant demand for sports betting in the state.

The legislative session started on Wednesday at the Capitol in Jefferson, and it will conclude on May 20. This is a lot of time, but lawmakers must be efficient in making sports betting a reality. The question is if lawmakers can bring it to fruition.

The sports betting bill in Missouri would allow for mobile betting, which is the largest moneymaker in the betting industry. Sports betting would also be available in a retail betting format through excursion gambling boats.

The biggest draw for legal sports betting would be the financial gains the state could make on the mobile side. Party boats would be a fun way to generate revenue, but this is projected to be a small portion of the money coming into the state.

Sports betting operators who wanted a license would be required to pay a $50,000 application fee. This is moderate relative to what some states are charging, but it’s a great way for the state to generate revenue initially.

The other sports betting bills include SB 643 and HB 1666. These bills are part of eight total bills that lawmakers are scheduled to review during the session.

There is a Rush

There is a rush to legalize sports betting in the state. The form of gambling is sweeping the nation, and this is causing the state to lose out on tax revenue. Sports betting is legal in four states that border Missouri, and it’s now legal in Nebraska.

If people are not traveling across the border, they are likely betting offshore. Missouri is losing tax dollars, which has lit a fire under lawmakers to solve problems and legalize betting.

Luetkemeyer said, “We’re increasingly seeing people in the state of Missouri who is leaving and going to those other states to place sportsbook bets, and that means we’re seeing money and tax revenue leave the state, money that would ordinarily go to schools.”

The state has the framework to be a very successful gambling state. Between the population and number of professional sports teams, Missouri is poised for big numbers. The only issue is working out the deals between lawmakers.

The Kansas City Royals and St. Louis Cardinals both have large fan bases. These teams play 81 home games per season at a minimum, which generates excitement for sports betting. In the NFL, the Chiefs are one of the most favorite franchises in America.

They are led by Patrick Mahomes, who could easily help generate some betting revenue. The St. Louis Blues of the NHL are also very popular. Since fans would have the ability to bet at games, it would work wonders in the state for revenue.