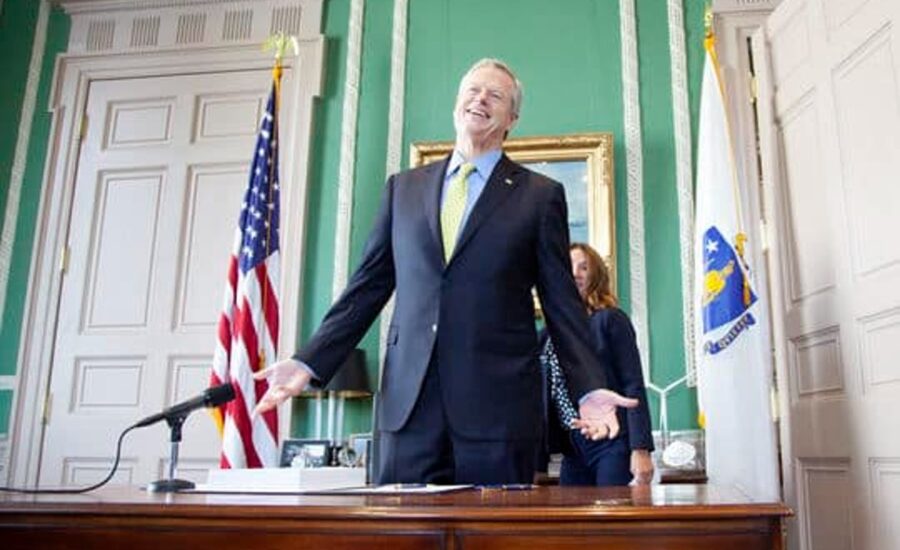 The U.S. sports betting industry continues to grow, and Massachusetts is now the third state to legalize sports betting, joining Maine and Kansas. This was not an easy process to get to this point, and both the House and Senate had different views on how this industry should work.

The Massachusetts Gaming Commission will now be put to work as it will help create the rules and regulations that must be followed. Baker has expressed his support for sports betting in the past, and signing the bill was simply a formality.

Sportsbook operators and businesses in the state of Massachusetts all lobbied lawmakers to get a bill passed. Now that Massachusetts has legalized sports betting, Vermont is the only New England state to not make this industry legal.

Now that Baker has signed the sports betting bill into law, the biggest question that everyone wants to know is when sportsbooks will officially launch. There hasn’t been a firm launch date set by the Massachusetts Gaming Commission, but that group was meeting on Thursday to begin outlining the next steps.

It typically takes most states between six and 12 months to get the industry up and running after a bill has been signed. Some states have been able to get this done in less than four months, but it doesn’t appear as if Massachusetts will fall into that group.

The Gaming Commission has been working behind the scenes for months to prepare for this date, but there is still plenty of work that must be done.

Both retail and mobile wagering will be available statewide in Massachusetts when sportsbooks are able to launch. Sports betting revenue will be taxed at a rate of 15% for retail wagering and 20% for online betting.

One of the biggest pieces of this new law is the fact that betting on college sporting events will be legal. Betting on in-state college programs is illegal in Massachusetts unless that team is competing in a tournament, such as March Madness.

There can be up to 15 online sportsbooks that launch in the state of Massachusetts, and several of those licenses have already been accounted for.

While online sports betting likely won’t launch until some point in 2023, there is a chance that retail sportsbooks can get up and running much sooner than that. A provision in H 5164 allows sportsbook operators to apply for a temporary sports betting license, and that could allow retail betting to be available at some point during the 2022 NFL season.

There is a $1 million licensing fee to offer sports betting in Massachusetts, and that fee would have to be paid even for a temporary license. The Massachusetts Gaming Commission will still have to do a background check to ensure that the operator is approved to accept wagers.

Retail sports betting has not brought in a lot of action in other states throughout the U.S., but it would at least provide an option. The Massachusetts Gaming Commission has also stated that it plans to work through a standard process to hand out licenses, and it might not be willing to give out temporary ones.