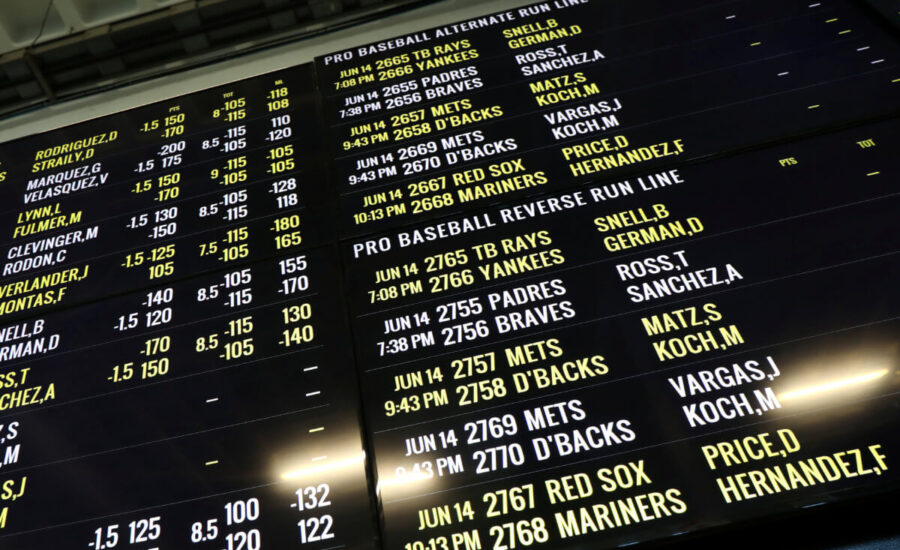 This does not mean that Kansas sports betting can start right away, but Attorney General Derek Schmidt will now get to take a look at the rules. Lawmakers were able pass a bill to legalize sports betting in Kansas, but both of these groups were in charge of getting that industry up and running.

Sports betting officially became legal on July 1, but there was no clear timetable set for a launch in the state. Even though things are progressing in the right direction, the state has still not been able to pinpoint a launch date.

Initial projections suggested that online sportsbooks would be up and running close to September 1, but it remains to be seen if that will happen. Sportsbook operators would love to launch by the start of the NFL season, but that’s in less than a month.

It is important to note that the rules that were recently passed were only temporary, and those could all be adjusted again before anything becomes permanent. Most states with legal betting have just one governing body, but Kansas is unique in the fact that it has two.

The next big announcement from the state likely won’t happen until September 7, as that is the date of the next meeting for the Kansas Lottery. The Kansas Racing and Gaming Commission does not meet until September 9.

Kansas is not a state with a large casino gaming industry, but there are four casinos currently in operation in the state. All four of those casinos will have access to three online sports betting skins, and that could create a pretty competitive market.

Anytime that a new state legalizes sports betting, online operators are usually lining up for a chance to enter the state. That has been the case in Kansas, as seven of the 12 online licenses appear to be accounted for.

BetMGM, DraftKings, and FanDuel are the three biggest online sports betting options in the industry, and all three should launch in Kansas. The other four companies in Kansas will include Bally Bet, Barstool, Caesars, and PointsBet.

Even though there isn’t a firm date for sports betting to launch in Kansas, some of the biggest names are already trying to get customers signed up. These pre-launch bonuses are available as a way to ensure that customers are all ready to go as soon as the sports betting launch happens.

Both DraftKings and FanDuel are offering anyone that signs up a free $100 to be used at the site once the sportsbook goes live. It’s also important to note that the regular welcome bonus will also be available when the site officially launches.

When Kansas is finally able to get sports betting up and running, it will be the state of Missouri that suffers the most with that launch. Missouri and Kansas were both working hard to legalize sports betting in 2022, but lawmakers were unable to come to an agreement in Missouri.

The Kansas City Chiefs are once again one of the teams expected to compete for a Super Bowl title in 2022-23, and that team will help drive the betting. Kansas is not expected to be a huge sports betting market, but bettors will have plenty of options to choose from.