Daily fantasy sports (DFS) is a type of fantasy sports where contests are held over several days or hours, rather than over the course of a season. Like traditional fantasy sports betting, players can create teams from professional athletes and earn points according to their individual performances on the field. Online platforms let bettors place bets and compete against other players to win money.

Proponents of DFS argue that it takes real skill to play well. This is because of what the data shows. Over the years, the same names have consistently won DFS competitions, which indicates a considerable amount of skill is involved. However, there are only a select few fantasy sites that reign supreme in the industry – and we’ll try to direct you to the very best DFS sites that are worth your time and deposit dollars. 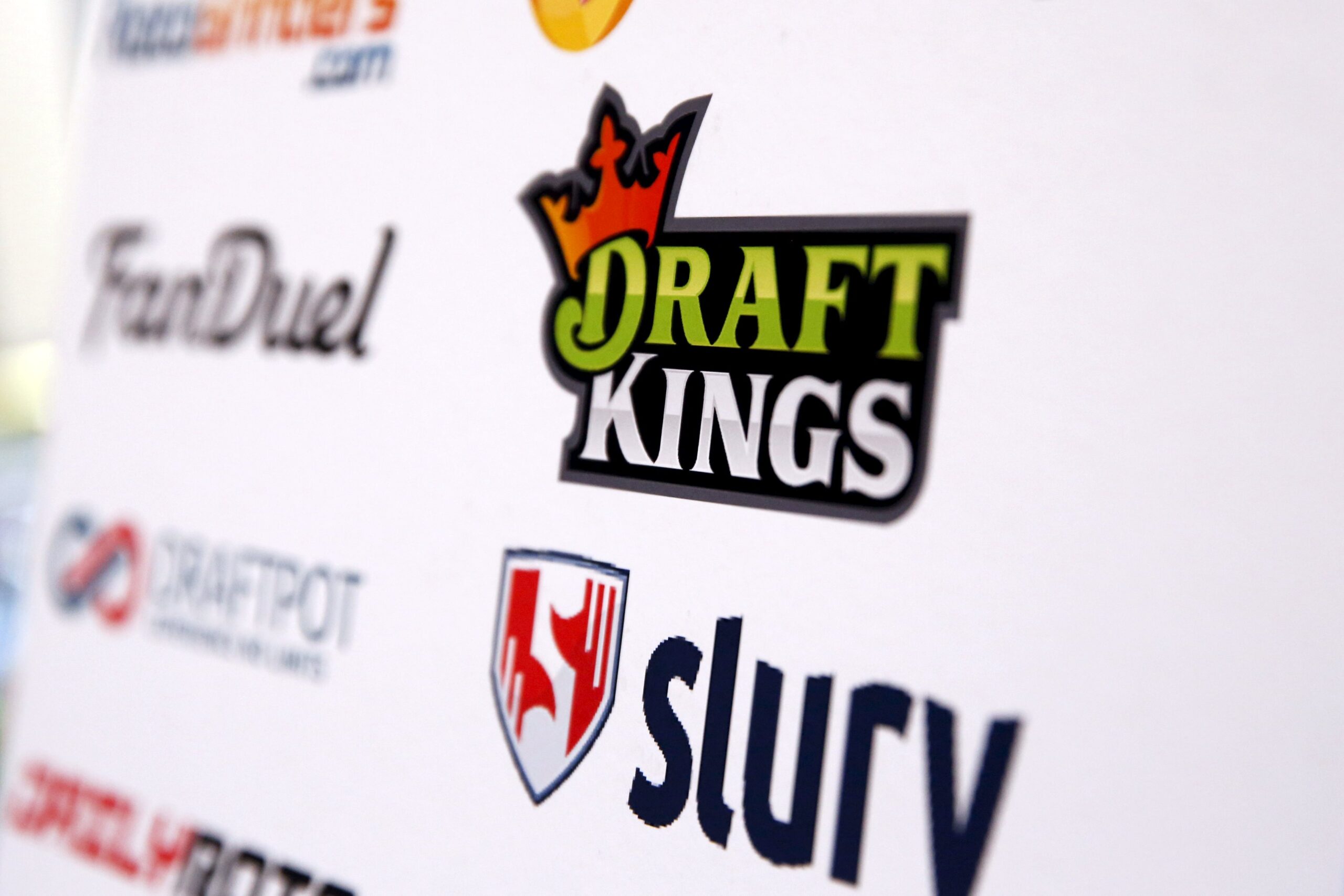 The Legality of DFS in the U.S.

Due to an exception in a 2006 law, the Unlawful Internet Gambling Enforcement Act (UIGEA), daily fantasy is legal. Businesses were prohibited from accepting payments for the participation of another person in an Internet-based bet or wager. The law made it illegal to accept gambling payments online. This led to the collapse of a once-thriving online poker market in the U.S.

Even though daily fantasy sports were decades away at the time of the law’s passage, it is now legal to exist in the U.S. without regulation. It is important to note that several states have passed laws specifically dealing with DFS and ensuring its continued legality. Some, however, have restricted it.

As of February 2022, 44 states specifically allow DFS activity. Arizona, Hawaii, Montana, Nevada and Washington State are among those that have approved legislation to prohibit DFS.

Residents of any state that hasn’t specifically banned participation in DFS are allowed to participate. These states are included in a “gray area,” which is how the country and the rest of the world were originally introduced to it. And despite the Supreme Court overturning PASPA and opening up the gates for legalized sports betting (on an individual state level), this had no bearing on DFS sites already operating post-UIGEA.

These users may wish to exercise caution, as they are more vulnerable to being manipulated by operators and other players. The general increase in scrutiny of daily fantasy games should help to keep them on the up-and-down, especially for major operators like DraftKings or FanDuel.

Today, DFS is a multibillion-dollar industry. It’s dominated in the U.S. by FanDuel and DraftKings, which together generated close to $40 million in revenue for 2020. Millions of players spend more than a billion dollars each year on contest entry fees.

This is a good result for an industry that had a questionable legal status. Traditional sports betting was banned in the U.S. until 2018. The question of whether fantasy sports were included in this category was also hotly debated. However, today, most states have legalized DFS contests. Online platforms are growing in popularity, user count and winnings.

It’s now easy to set up an account on online platforms or mobile apps, create a team and then collect your winnings with some luck and skill. However, be sure to carefully read the terms and conditions before you start. They vary from one site to another, and each has its own scoring and rules.

How to Participate in DFS

Getting started in DFS activity isn’t complicated. There are free and “trial” versions, as well, so novice participants can get used to the nuances before wagering money. This will get any new user acclimated to the platform itself, how to allocate lineup budgets and to find which games you’re going to be most comfortable playing. There are many options as far as games are concerned, including huge tournaments involving thousands of players or smaller ones where you only face off versus a handful of other players.

Register with a DFS Platform

There are many options available, but it is often easier to choose the largest platforms. They have information and guides to help you get started, and even special leagues for beginners. DraftKings and FanDuel both offer simple interfaces with helpful features for beginners.

After you have created your account, you will need to choose the sport you want to play. Many platforms allow you to play football, soccer, baseball, basketball and other sports. Others, however, are more focused on specific sports like NASCAR or MMA.

There are many game types to choose from. If you place in the top half of all players, “Double-Up,” games will guarantee you a 100% return. The “Head to Head” game is played against one opponent and is preferred by more experienced players. Guaranteed Prize Pools provide tiered payouts that are based on the performance of your team.

You will need to sign up for a contest in order to compete. These contests will be displayed on the main screen of the platform or lobby. They can vary in style, length, buy-in and sport. An entry fee will be required to enter a contest.

Next, you need to create your team. A list of all available players, along with their stats, and often recent performance reviews, will be provided. You can choose the best team, but it’s up to the player to ensure that their combined salary is less than a certain amount.

This is known as the “salary limit.” Team building is the key to daily fantasy sports games. So make sure to consider all your options.

Bet365 is a global sportsbook and entered the U.S. sports betting market in 2019. It is currently available only in New Jersey and New York. The sportsbook is also well-known for its future partnerships with the NFL and other major sports leagues.

Although Betfred is well-known worldwide, its presence in the U.S. market is still relatively new. After collaborating with Colorado casinos to manage their mobile and retail betting operations, Betfred made its first steps in the U.S. market in 2019 and is now available in six states.

Betfred hasn’t paid attention to the DFS market. It hasn’t included it as an option in its international markets, and hasn’t launched it in the U.S., either.

MGM launched an online sportsbook in Nevada in 2017, launching a website as well as a mobile app for betting on sports. It was initially known as PlayMGM, but MGM became more involved in sports betting after the repeal of PASPA. The new BetMGM mobile app and website for betting on sports were created through a partnership between Entain.

BetMGM doesn’t have a robust DFS solution like some others. However, it partnered with Yahoo Sports in 2020 to include limited options, such as player prop odds based on fantasy point totals.

BetRivers Sportsbook was among the first to enter the U.S. market as a gaming provider in 2018. It then quickly rose to prominence as a reliable and trusted source of sports betting, gaming, and other entertainment in the U.S.

Like so many others, BetRivers has not embraced DFS. It occasionally holds a special promotional contest, but doesn’t include DFS activity throughout the year.

Caesars Sportsbook draws on Caesars’ vast experience in the casino industry to offer a variety of sports betting markets. It offers standard betting lines, including spread, moneyline and Over/Under. There are also prop bets available for nearly all sports.

What Caesars doesn’t have is a great deal of interest in getting involved directly with DFS. However, in January 2021, it made an investment in SuperDraft, an existing DFS platform. It has the option to increase its stake to 100%. This investment followed a similar one made in DraftKings two years earlier.

DraftKings was an established brand in DFS, before it entered the betting industry. It is the most popular sportsbook in all of the regulated states because of it.

Along with FanDuel, DraftKings controls 90% of the entire DFS market. This is a major reason why other sports betting operators have been reluctant to get involved.

DraftKings’ DFS options mirror long-running fantasy sports but compresses the seasons into a shorter format. The time required to win contests can range from a few days up to several weeks, depending on what sport you choose. Competitors draft a team of athletes and these athletes receive points based on how they perform in the game.

FanDuel has been the leading legal online betting operator in the U.S. Its extensive experience in DFS, as well as its user-friendly interface, a wide variety of deposit and bet options and marketing efforts have all contributed to this success.

Like DraftKings, FanDuel offers leagues and contests for all major sports, including the NFL, NBA, soccer and more. FanDuel’s roster-building is one of the most simple and intuitive in the industry. It’s simple to use and intuitive for beginners to learn how to build a salary-based roster.

FOX Bet is co-owned by Flutter Entertainment and FOX Corp., two of the most important companies in the world. It has outstanding branding and operational experience. FOX Bet may not be as well-known as FanDuel, which is also owned by Flutter, but it has plenty of promotions to draw new customers.

FOX Bet doesn’t have a lot of DFS options; however, it does offer some. Well before it began to offer sports betting, Fox Corp. was offering certain limited DFS contests through its media platforms. Pick 6 contests on a variety of topics are still offered.

PointsBet is a leading online sportsbook that is based in Australia. It has become a favorite choice for American bettors who live in regulated states due to its great pricing and user-friendly mobile app.

PointsBet has stayed away from DFS in the U.S. market. As long as the legality of the activity is in question, it isn’t likely to pursue an interest.

William Hill, a veteran in the betting industry, has been in business since 1934. The original network of U.K. betting shops has evolved over time to offer online betting and gaming to consumers all around the world.

William Hill entered the U.S. sports betting market in 2019. It was then purchased by Caesars Entertainment. The latter is selling all international assets and will only retain the U.S.-based operations. These will all be rebranded to Caesars, a process that has already begun.

Because of this, William Hill isn’t involved in the DFS market in the U.S. Changes could be seen once the sports betting market reaches its saturation point and operators look for new options to attract users.