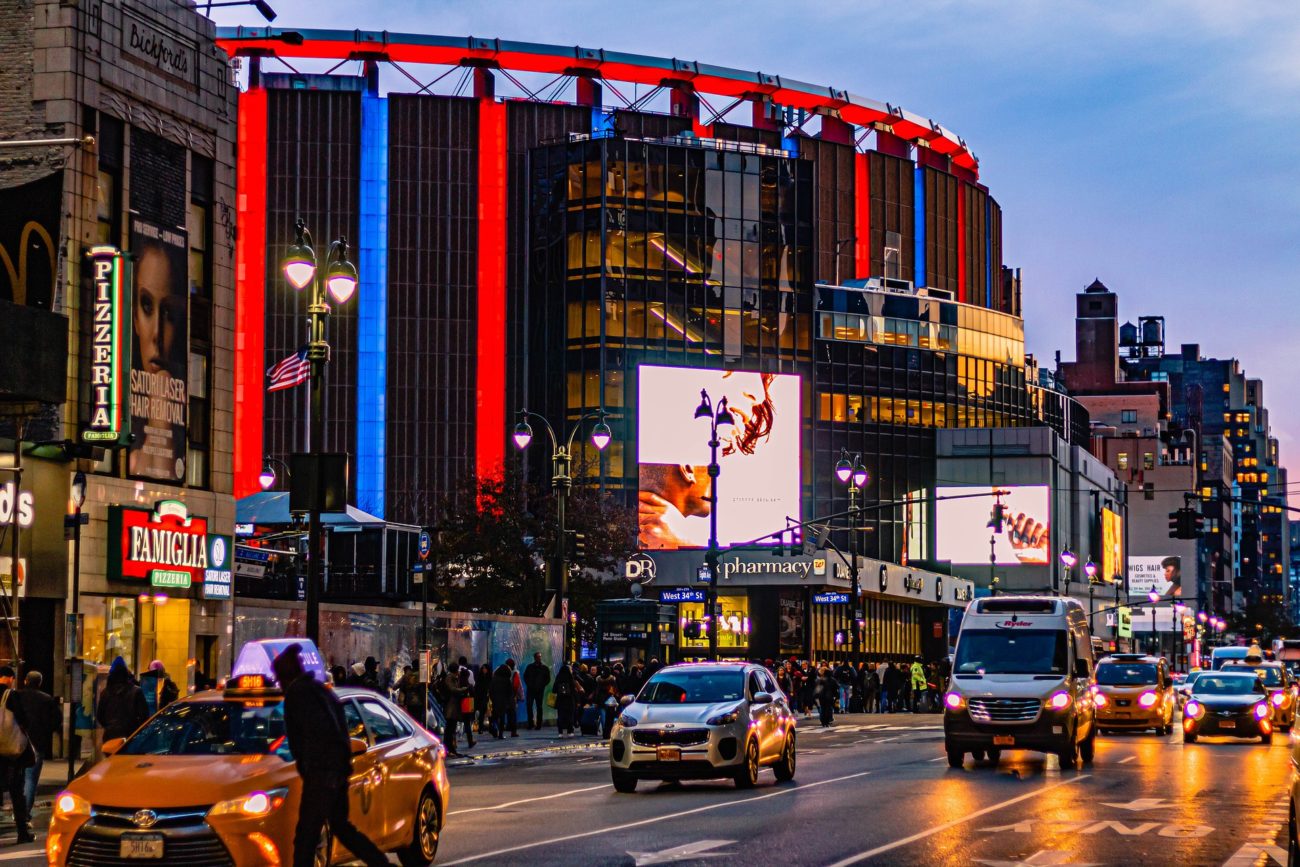 Madison Square Garden, the most prestigious area in the world, is officially diving into legal sports betting. MSG Executives recently announced a partnership with BetMGM Sportsbook, which will be one of the mobile sportsbooks available in the state.

The partnership will make BetMGM the official sportsbook of the New York Knicks, New York Rangers, and Madison Square Garden.

Excitement Regarding the Partnership

Madison Square Garden is the mecca of professional sports venues, making this BetMGM partnership significant. Sports betting is sweeping the nation, and deals like this make it apparent how far the legal industry has come since the Professional and Amateur Sports Protection Act was deemed unconstitutional.

The deal is a multi-year partnership that will give BetMGM significant marketing opportunities at Madison Square Garden. They will also be featured during the Knicks, Rangers, New Jersey Devils, and New York Islanders broadcasts on MSG Network.

He said, “We’re excited to be partnering with BetMGM — a leader in the sports betting and gaming entertainment industry — to bring them an unparalleled platform in sports and entertainment. MSG Sports and MSG Entertainment are made up of world-renowned brands that set industry standards for excellence, exposure, and engagement — making us ideal partners to help drive sports betting’s continued growth.”

He was joined in the press release by Matt Prevost, Chief Revenue Officer at BetMGM.

Prevost stated, “We’re thrilled to see the BetMGM brand connected to a space as iconic as Madison Square Garden. New York is a critical state for BetMGM’s continued growth, and I can’t think of a better way to begin our relationship with The Empire State than partnering with The World’s Most Famous Arena and their legendary team franchises.”

Specifics of the Partnerships

BetMGM wanted this partnership for the exposure they will receive at the world’s most prestigious arena. Based on the press release, the sports betting operator will get a lot of marketing opportunities at the Garden.

The brand will be integrated into the arena through courtside signage. This will be a mix between LED advertisements and permanent signs that will be visible on the television broadcasts. For Rangers hockey games, there will be BetMGM branding on the Zamboni.

Social media is also a major target for the sports betting operator with the partnership. There will be a lot of BetMGM themed content on the Knicks and Rangers social. These will range from betting previews for the games to exclusive giveaways sponsored by BetMGM.

New York is going to be one of the most lucrative sports betting states in America. BetMGM signing with MSG is setting the sportsbook up to be a statewide leader. MSG hosts a variety of sporting events every year outside of the Knicks and Rangers.

This will give the sportsbook numerous opportunities to get involved in the action for college events played at MSG. The Knicks and Rangers will also be sporting BetMGM throughout their social media and games.

New York fans are diehard, so this will help the book attract a large portion of the sports betting market in the Empire State. BetMGM is planning on offering a lot of promotions around both clubs.