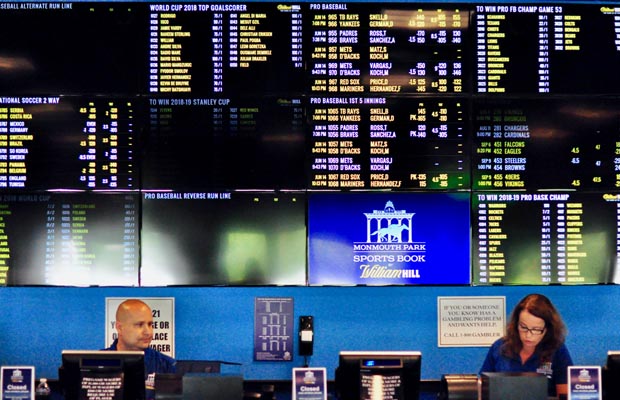 New Jersey is officially the biggest sports betting market in the United States after a record month of September. Football season has brought records to the state, and this is apparent by the September handle.

New Jersey surpassed $1 billion in placed bets during the month of September. This was the first time in legal sports betting history where a state had a $1 billion handle.

It was also a major increase from September 2020, when the handle was $748.6 million. This was a 35.1% increase, which is remarkable growth for the state over one year.

The previous handle in the state was $996.3 million in December 2020. At this time, it became clear that the billion-dollar handle was in reach. However, September was a great month to hit this total because only football and baseball were active.

In December, there is football, basketball, and hockey, as well as numerous niche sports. The excitement of football season allowed New Jersey to pass one billion in September.

The Details of the Handle

Mobile sports betting was 90.8% of the state’s handle during the month. This dominance was no surprise, but retail betting was utilized more than a typical month in the state. The mobile handle was up 49.9% from August and 82.9% from September of 2020.

The one billion dollar handle yielded $82.4 million in revenue. This was a 58.5% rise from August of 2020. Even though there was a massive handle, it did not yield the largest revenue figure. Typically large handles equate to massive revenue figures.

The August figure yielded $82.6 million in revenue, which is a strong month. It missed the record by $200,000 from January of 2020 when the handle nearly hit one billion. The total gaming revenue was $453.6 million.

The majority of this revenue was from the online casino platforms in the state. New Jersey is continuing to shatter records in the legal sports betting industry. The state owns the 13 highest handles ever recorded in the country.

With the addition of hockey, basketball, and playoff baseball, the one billion handle may be blown away in the coming months. October and November will likely have very large handles because of the major sports competing simultaneously.